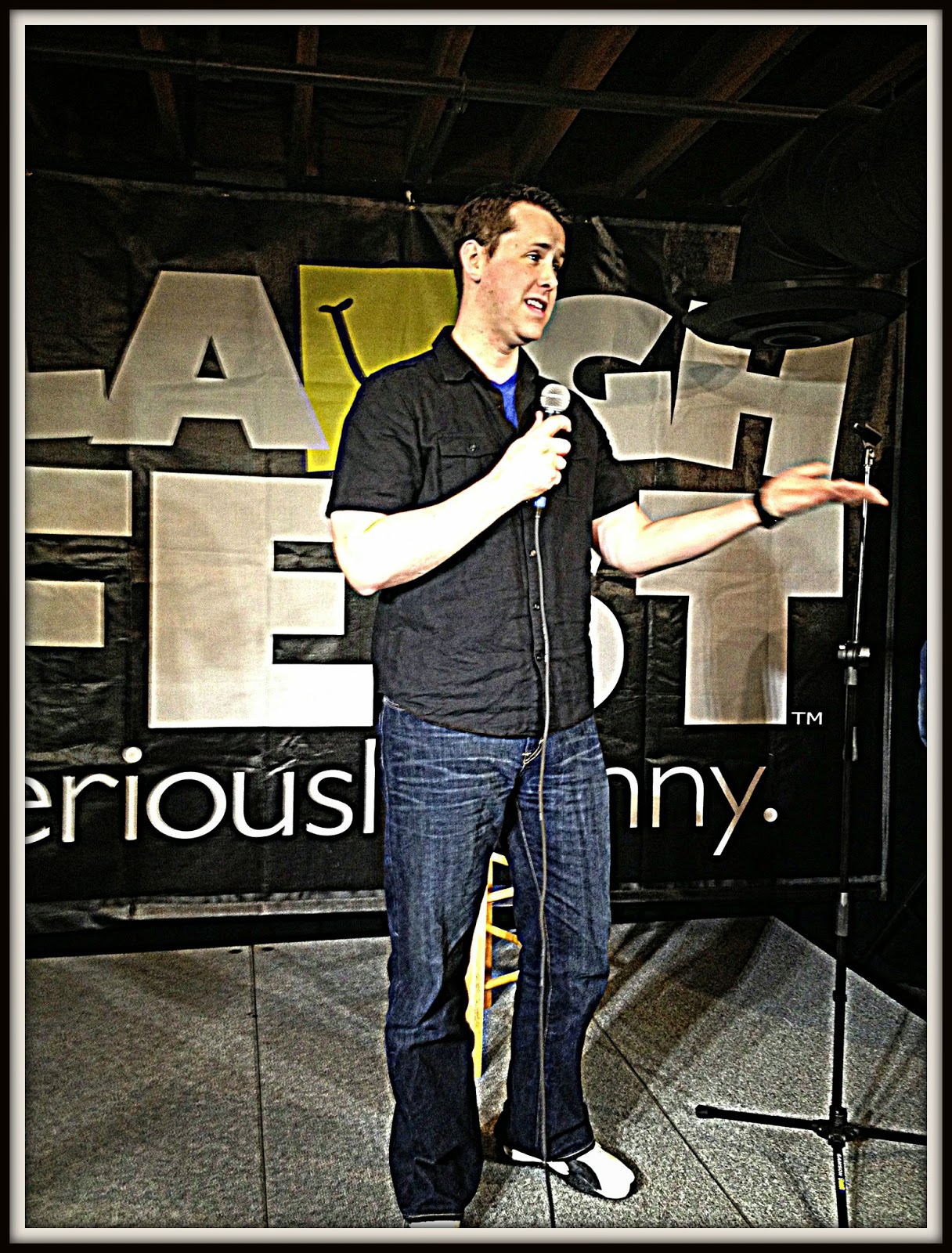 I've decided to take a stab at writing my thoughts on my current comedy experiences. There's often some thought on why comedians should do festivals...after all you typically drive far, book a hotel, get a 6-10 minute slot and no pay. Well for me, a self rep'd comic, festivals are more than just a credit.

Take LaughFest. I've heard it's the biggest comedy festival in North America. I've done their Community Showcases the last three years. (That's code for non-agency shows) Before I get too far into the ever so popular self deprecating, I should note that even for us under the radar comics, LaughFest treats us super well.

The staff and volunteers are probably the most prepared and willing to assist that I've seen in a comedy festival. Add to that, a city of say about 300k, that supports each and every night and show that is on the line up! As an insignificant athlete in my younger days, it sure is pretty cool to watch a bevy of foot traffic pass up a giant arena in downtown Grand Rapids to duck into a small bar or theater show instead.

Big picture time: What can I/anyone get out of a festival like LaughFest? First it's worth noting like comedy clubs, we have tiers of festivals too. The best thing I get from a festival is understanding of where I am funny. We tend to start comedy with friends, then an open mic nearby, then a club in the closest city to us. In my eyes, a comedy festival forces me to get out of my geographic comfort zone and make sure everywhere I go, I know I can be funny.

Where's my agent?! I've had the pipe dream that a festival could, would and should get me an agent. Maybe, as of now it hasn't. However, I have been given an opportunity to network and meet new comics from other states who share booking info to their region. It's just a bit of the ol' comedy karma. The majority of the comedians I meet at festivals are realistic and humble about the current GPS point in their career. That being said, I do enjoy the hell out of the diva comic who's under the radar who rolls out their own red carpet at these showcase events.

Pay to play? There's a skeptical thought that comics shouldn't have to pay to perform. This is an essay question most of us try to force as a fill in the blank. New York has the bringer shows, why is paying for a comedy fest any more or less offensive. Aside from the business operations that are often ignored by us comics, I get why there are fees to submit and fees to attend. These fees make me raise my expectations for my set, the audience and for my preparation.

Comedy festivals are just one of the packages we get to put ourselves in to get new audiences that in all honesty may not be so quick to come to our coffee shop shows. Sure there's an investment on us in the front end but that's nothing uncommon in this pursuit.